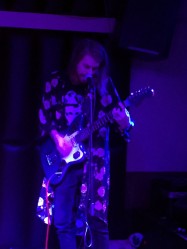 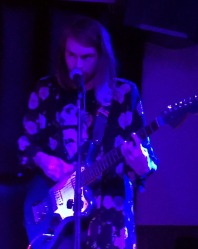 Last night was the last show, at least for now, for Matt’s inventively named band of psychedelic garage rockers. He says he’s moving back to England but he hoped to return some day to play more music here in San Diego.  Last night he was joined by the Josh’s, Rudiger and Kmak, who helped Matt go out in a blaze of garage rock glory as he bashed out riffs so hard on the last song that he broke half the strings on his guitar. Bon voyage Matt!