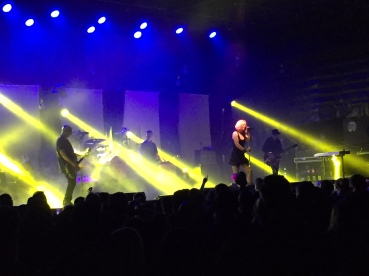 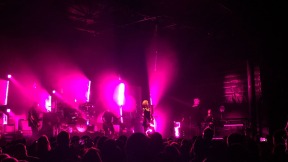 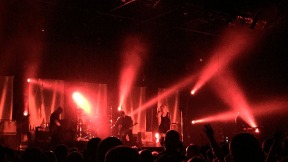 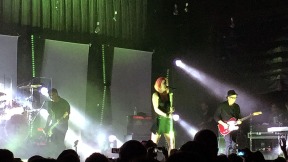 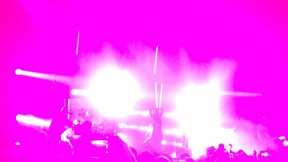 It’s hard to believe it’s been 20 years since Garbage’s debut record came out. I remember being blown away the first time I heard it and i still turn the volume knob clockwise anytime I hear a Garbage song!

On this night the band was every bit as powerful, and Shirley Manson was just as captivating, as the first time I saw them back in the 90′s.  This time out they were scheduled to play their entire first album.  That was reason enough to get excited – but then it got even better!  Since this was the first show on the tour we didn’t know what other songs they would be playing to go along with the full album.

Most groups that do the entire album routine add a bunch of hits from other records to fill out the show.  Of course that’s not what Garbage did! Instead they played almost all the b-sides (or g-sides as they are known) from the same era. Garbage has been known throughout their career, and especially for the first couple of albums, for recording multiple b-sides and bonus tracks that are as good as the songs that made the main records.  So while we missed out on “I Think I’m Paranoid”, “Special” and “Bad Boyfriend” we did get “Girl Don’t Come”, “Trip My Wire” and “Driving Lesson” – often along with an interesting story about the origins of the songs. This was a great surprise and more than a fair trade-off!

Hopefully in 3 years we’ll get the 20th anniversary of Version 2.0 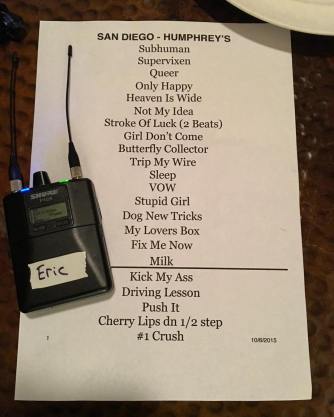 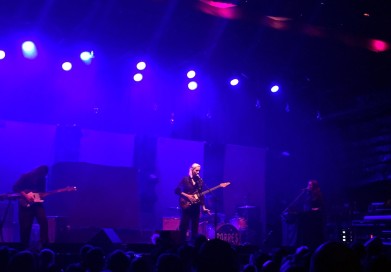 Whenever possible I like to go to a show early to catch the opening act since I usually don’t know what I’m going to find. Last night I was glad I arrived in time to see Torres, the lead-in for Garbage.

I had never heard of Torres before I arrived, but a quick check and I found out this was the stage name of a singer/songwriter from Nashville named Mackenzie Scott and that she was touring in support of her second album,Sprinter.

While her lyrics and emotional delivery might fit the singer/songwriter mold, the performance (along with a 3 piece outfit of guitar, keys and drums) was very much that of a full band.  Torres was at times driving and powerful and at other times quieter and restrained.  In either mode though, Scott seemed really invested in the songs and got the attention of a crowd that otherwise might have been restless waiting for the headliner.