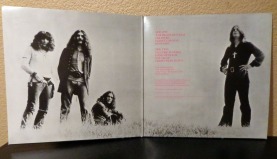 Ground Zero:     When I was about 14 my grandmother took me to Kresge’s Department Store in San Diego to purchase my first records. I had just just come back from a trip to visit family in Massachusetts where my cousin Steve turned me on to all this great rock ‘n roll music. Before that I had been listening mostly to pop songs on the AM dial. On that trip to Kresge’s I bought: Alice Cooper’s Billion Dollar Babies, Black Sabbath’s Paranoid and the Beatles’Blue Album ‘67 -‘70. That was ground zero for me and even with my subsequent trips through all the different styles of rock, these are still among my favorite albums.

Unfortunately I purged much of my vinyl collection with the advent of the CD. Whenever I replaced a record with a CD I would get rid of the vinyl. What a dumbass! So back in 2007  I was in Lou’s Records in Encinitas to replace a messed up CD of Paranoid when the clerk, Jeremy, told me they had just got in a remaster/reissue 180 gram LP of the album. It had never occurred to me to get the album on vinyl as my turntable was in a box in the garage. So of course I bought the LP just like he suggested, went home and unpacked my turnable, got it all plugged in and listened to War Pigs roar out of the speakers. And that was that. Within a month I had a new turntable, amplifier and pre-amp to get the best sound I could out of those grooves.

I’m not sure what really pushed me back to vinyl (besides Jeremy). I imagine there is an aspect of nostalgia. I do know that I always enjoyed album cover art and the ritual of opening up a new LP for the first time.That feeling is diminished with the compact disc. And now there is talk that the CD is on its way out and all we’ll be left with are MP3’s or the cloud? No thanks.

As for these records: I tracked down the Red and Blue albums back in 2008. These are 1978 limited edition pressings on colored vinyl. Both are in virtually mint condition.

I found this 1973 first edition of Billion Dollar Babies in 2008 as well – it was still unopened in its original shrink-wrap. It is in pristene conditon with the $1,000,000,000 bill and all trading cards intact.

The Paranoid LP is the 180g reissue I purchased due to Jeremy’s recommendation. I give him full credit for reviving my interest in vinyl records.

In 1981 I saw X in Santa Barbara on one of their first tours after their debut album, Los Angeles, was released.  It was truly an amazing, ferocious and very loud performance.  I can remember John Doe and Exene Cervenka trading lines back and forth like some punk rock poetry jam while Billy Zoom laid down these wicked licks while he grinned at the frenzy going on in front of him.

These albums are original, first editions and play flawlessly.  In fact I found this copy of Los Angeles in 2008, unopened in its original shrink wrap.  Amazingly the collector I purchased it from only charged me $35.00.  He definitely left some money on the table! 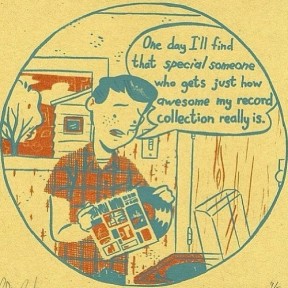 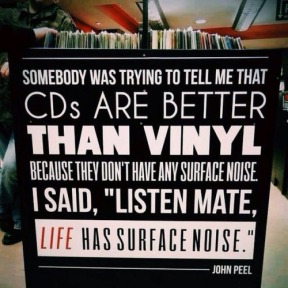 Here’s my main collection.  I have more in crates and drawers that I’m not sure what to do with – but this is the stuff that matters.  I have a lot of music in my iTunes as well (64,377 songs by over 1800 artists).  A good part of it are digital copies of my own collection, along with music I’ve purchased, and some that I’ve downloaded that is not available elsewhere.  I do admit to going a little crazy back when Napster started, and  I feel bad about that, but not enough to delete the files.  Any music that I possess – that has any value –  I have a physical copy of it.  I need something to hold onto and look at. I want to put it into a CD player or onto a turntable.   I still enjoy sitting down with a new record or CD, putting it into the player, and listen as I read the lyrics.  I’m cool with MP3’s and streaming etc – but they will never replace the sensations I get when I slit open a new LP, take in that new record smell, and drop the needle into a groove I’ve never heard before. 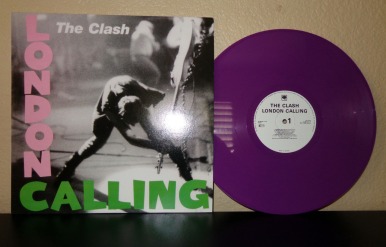 During this vinyl resurgence it is common to find records with all sorts of colors and patterns. However, back in the day it was pretty rare for record companies to put these out and when they did they were fairly limited editions. So these records aren’t that easy to track down, especially in mint condition. All of these LP’s are first editions, play flawlessly and have covers that appear to be brand new. 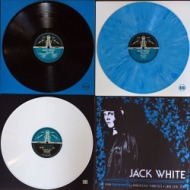 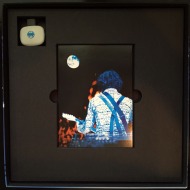 I haven’t been a member of a record club since I belonged to the Columbia House record club as a teenager.  When you aren’t old enough drive yet and just getting into music, this was an easy and inexpensive way to discover new artists and records.

Things are obviously very different now as the music business is almost unrecognizable from those earlier days.  But I am still a member one record club – the Third Man Records Vault.  Every quarter they ship out a package of exclusive material that always includes original music on vinyl as well as other collectible items.  At $60 per quarter it’s not cheap but they really stuff their packages with great music, art, video and other goodies.

This package included Jack White’s entire performance from the Bonnaroo festival last summer on three different colored records.  There is also a DVD of the performance as well as an exclusive set of pictures, a patch and a trading card.  The little object that looks like a small flask is a USB stick with even more pictures from the event. 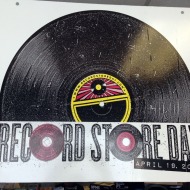 I spent most of yesterday (April 19, 2014) celebrating Record Store Day. first I went to Lou’s Records in Encinitas.  They are quite organized for the event. Folks usually start forming a line around 7:30am and at 9am Lou himself comes out and hands out numbers.  I arrived right at 9am and was #72.  Then when the store opens at 10am the staff start calling up customers in order and each person gets to pick up to 5 RSD releases.  By the time my turn came a few of my picks were gone but I still got some great records:

Next stop was Spin Records in Carlsbad since I wasn’t going to wait all the way through the line again to get more records.  Plus, it isn’t really Record Store Day unless you go to at least two stores!!  I got some great records there as well:

Then it was time to head back down to Lou’s to see what else might still be available.  I was surprised to find both the Pixies and Flaming Lips records and this Shocking Blue 7″ was a real bonus. Now comes the fun part – listening!

This 2013 Black Friday Record Store Day release is a magnificent limited edition quadruple vinyl-only box set.  The 19 live tracks are from CRB’s five night stand at San Francisco’s  Great American Music Hall in December 2012.  In addition to songs from both CRB albums there are a couple of Chris Robinson songs (from This Magnificent Distance) plus a bunch of great covers.

The Betty referred to in the title is Betty Cantor-Jackson, renowned for her production work with the Grateful Dead, who curated this set.

Click the Edit link to make changes to this page or add another page.